This Is The Story Of "No Name", The Cat 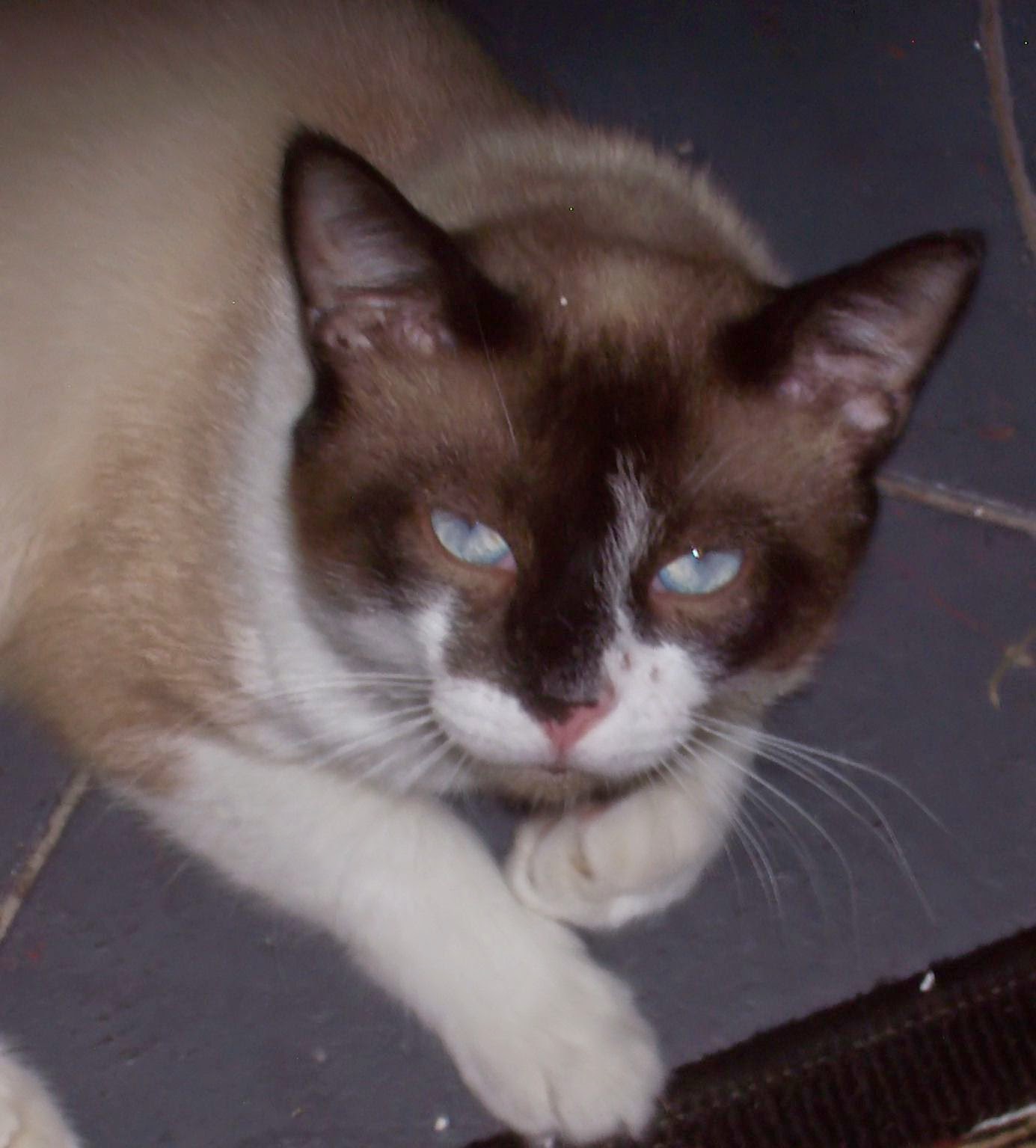 Once upon a time, there was a lonely little cat, who had no home, no name, no one to love him. Despite the fact that he was a beautiful cat, no one would keep him for long.  Of the people that did take him in, they soon discovered that he was unaltered and that being the male that he was he would spray furiously all about their homes.

Because of his natural habit of seeking mates and spraying on nearly everything, No Name was cast out into the cold world from one home or another again and again to fend for himself. As he wandered about looking for a place to call his permanent home, he would sometime meet people nice  enough to feed him, but sometimes he met people who were not so nice and they would place him  on the enclosed porches of other people. Then on the next day  they would sit back laughing and watching as these other people tried to find the source of the bad smell.

This was the nature of No Name's life,  until one day he wandered to the home of a kindly old couple, who liked feeding the stray cats in their area and had two cats of their own. This elderly couple were known by many of the neighboring cats as the people with big hearts and whenever possible they would try to find the lost cats  owners and if this failed, they would send the lost cats to a shelter for possible adoption.
Well, No Name seemed to like the old couple and  the food they provided everyday so much that he hung around their house for a month before they realized that No Name was a cat without a home of his own. Night and day the elderly couple would see No Name outside, sleeping on their lawn, trying to catch the birds and wild ducks.  No matter what the weather they always saw him out and alone.

Then, one day, it was determined that No Name had decided that he wanted to stay with the elderly couple and their two cats. Because they discovered him seated on the sidewalk at the bottom of their porch stairs with two other cats hissing and performing all kinds of  intimidating dance moves designed to frighten No Name away, the couple were amazed and impressed by the outcome of this terrifying display of feline virility.

During the whole ordeal, No Name was determine not to go anywhere, and through what seemed like an eternity (perhaps 2 to 3 minutes) of hissing, growling, and erratic dancing, No Name calmly sat until the other cats tired themselves and left.  No Name had won the day but more importantly, himself a new home.

At this time in the story the elderly couple did not know No Name had come to stay. However, they were so moved by his bravery and the fact he was obviously a lost cat that they brought him into their home with the intent of finding his owners.  They reported him to all their local animal shelters as a found cat, and let him sun on the porch seal with their other cats each morning and evening. They also bathed him, fed him, and medicated him against Feline leukemia.

The elderly couple cared for No Name for a month, but no one ever came or called for him. The elderly couple then had a decision to make. What to do with No Name.  After living with the elderly couple and their two female cats (spayed), the couple admitted that No Name had brought more than the stinky musk of his spraying, but he and their two cats had liven up the household with their antics. It was nice that all three cats got along without any terrible fights.

So the couple decided to keep No Name. They then called the shelters and told them No Name would be staying.

The elderly couple was surprised to discovered that No Name was no ordinary cat but one of two in a special breed of cat called a Snowshoe. The cats are named this because of their Siamese and American Shorthaired background.  The couple then took him to the vet for an exam to which he was pronounced in good health and then he got his routine shots,  rabies vaccine, and license tag.
More importantly, besides his vaccines, tags, and a new home,  No Name got something just as important ... he got himself a name.
So this was the story of a cat once known as No Name and how he won a home, but is now and forever known as Samuel T. Winston-Fain, and simply Sam by his new family.

To the disappointment of all his adoring queens, and to stop his spraying and the stinky musk that comes along with it, Sam will be neutered soon.

This has been a story of love.

The current background photo is of 'Tito Two'. he was my only friend and companion for the three and a half years I lived alone. I...