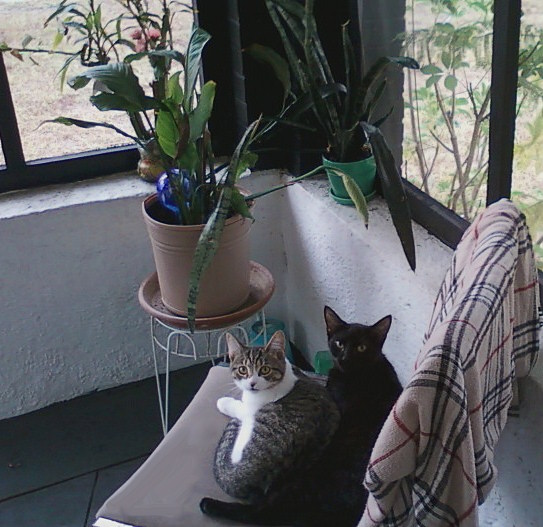 12/07/2012 - Adopted two kittens from the Pinellas County animal Shelter, $50 for the two of them. They are two adorable females. One is a 4-month old black, which we named Jetta. The other is a 14-week old, gray and white (Maine coon mixed - shorthaired) that we have named Autumn Rain. They are very playful with each other and us. We find them a joy. Since we lost both Tito and Tomoe since moving here, we are not letting these two kittens out of the house -- ever. Someone killed our other two cats and that is unforgivable act cruelty.

12/19/2012 - Autumn habit of suckling on everything is annoying. I found a possible solution of goat’s milk. With try it. The article also stated the kitten weaned too early or not fed by the mothers could sometimes display suckling motions up to their first six months of life. Autumn is also over her symptoms. I guess she was so to recover from the slight cold symptoms she had when I adopted her for the shelter. The shelter pamphlet states that it is not uncommon for adopted pets to show signs of viruses and colds when they are with large groups of other animals. Now to artificially wean her.

01/07/2013 - well, Jetta and Autumn have been with us a month and they are looking pretty good. The goat’s milk agrees with them but Autumn still behaves as if she wants to nurse at times. It is annoying but I either give the goat’s milk or set her outside of my room for a while. Some times, she is just settling down for a nap when she does it. Therefore, patience is a requirement in caring for her.

Jetta is still what we use to call a “scaredy-cat”. She does not like being pick-up and held like Autumn. Therefore, patience is also required with her. Jetta might change as she learns t trust us. Then again, being a cat she might always be distrustful of humans. Still, she will come to you for petting on her own terms.
at January 07, 2013

Just surfing the web and found this. This is Why Farmers Sell Their Weapons and Buy Donkeys   Animals That Asked People for Help Animals Th... 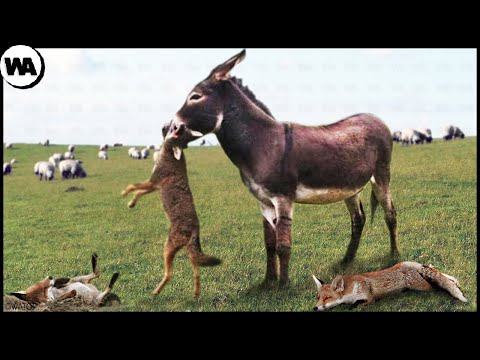